ahh.. just finished my obligatory nighttime cup of milk.  It's my obligation to drink it because I foolishly bought two gallons of milk because they'd be 1.99 each thinking "sure, I could finish this no problem!".  And now I'm in a tight race (gallon challenge?) against the rapid rate of bacteria growth in that last jug.  This ain't the first time I tried this either haha, I'll never learn!

What's up with these new milk jugs? They pour so awkwardly
Have you ever come across something or someone awesome on Youtube, and just devote the next few hours scouring all the related videos?  I just found out about this beatboxing dude called Beardyman.  I was into some beatboxers back in the day like Rahzel and LeeJay where I was trying to find all their videos, cus they were so mindblowing!  Haha, LeeJay actually went to UCD and I walked past him at work once and I thought "man he walks like an asshole".  Anyways, this guy Beardyman is pretty sick.  Beatboxing tends to get old and repetitive pretty quick.   But he takes it to a new level with crazy sound effects, DJ equipment, and comedy.  He's pretty funny and entertaining to watch.  Check it:


He gotta do more of this!

I sat around for most nights during my 1st week, and I got sick of it quick.  The Portland area rains like crazy throughout the year so I couldn't go out and jog or shoot some hoops (there's a basketball hoop in the parking lot).  So I was looking for something active to do at night (get your mind out of the gutter heh) and I kinda missed swimming when I was in Santa Rosa. 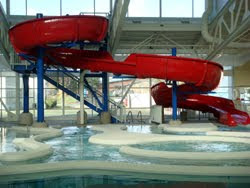 I found this pretty sweet community center about 2-3 minutes away from my place with a swimming pool, so I decided to check it out.  Turns out, it's equivalent to a YMCA so it also has a weights room, an indoor basketball gym, and even table tennis!  So I have a membership there now, mostly for the swimming.  The coolest part of the swimming pool is that they have a water slide indoors!  They also have a pretty big whirlpool, and a separate lap pool.  So far I could only swim 200m before I collapse and plummet to my doom :P
Posted by Chun Lick at 11:26 PM 3 comments: 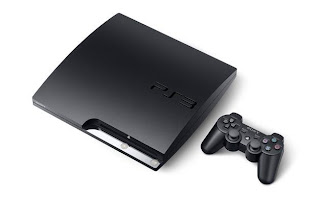 Yep, me! But unfortunately and stupidly, I forgot to set my lineup on Monday and benched 3 very good players *sigh* I might pretty much just gave away my #1 spot already.  I'm also beginning to wonder if it's luck or my unhealthy love for data, because i'm sure as hell it's not my knowledge of basketball.
Posted by Chun Lick at 10:41 PM 5 comments: