Most weekdays I just stay in because I don't really know the area.  But Alex starts pestering me about finding my soul mate immediately earlier today and how I'll die a lonely man if I don't get out of the house.  At first I shrugged it off, because I don't like people telling me what to do (real reason is I'm scared).  But there's only so  much Starcraft one can play with their younger cousins before your mind begins to rot.

So I hop onto Yelp and search Nightlife in Portland.  Bookmarked a bunch of 4.5 stars and started reading up on them.  Came across this place called Ground Kontrol.  It's a barcade.  What's that you ask?  By now you probably figured out.  Yep, it's a Bar and an Arcade.  Sweet.  Sounds like a good Thursday night.  Even better! every last Thursday of the month they host a Nintendo event! With Nintendo trivia, and tournaments.  Awesome, perfect timing thanks to Alex.

I would have gone alone, but I called up my pal Joey to go with.  We end up somewhere downtown, and Joey complains about the narrow lanes.  I didn't notice because it felt just like SF downtown lanes.  I actually felt kinda nostalgic haha.  Apparently GK was located in a shady part of town, but it felt pretty damn safe to me.  The inside of GK looked a lot like the arcade in the movie TRON.  They even had the game TRON! (i sucked miserably). 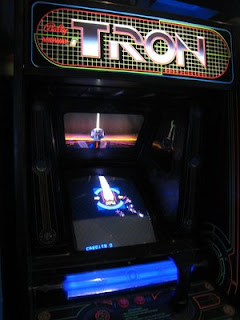 As I slowly got tipsy sipping on my 2 dollar PBR I fed the following machines: 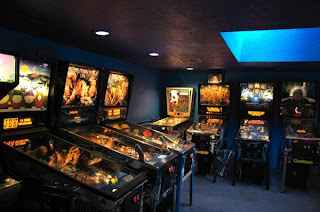 Man while were absorbed in the world of Gauntlet Legends, they were holding Goldeneye and Mario Kart 64 tourneys.  I so wanted to do the Mario Kart tournament but my character was level 8! So much hard work, I couldn't just leave and die!

I would definitely go back here, cheap beers, nostalgic games and a chill crowd.  Now to check my Yelp bookmark list for the next installment of Exploregon.
Posted by Chun Lick at 12:06 AM

Why don't we have cheap barcades in SF???? I'm glad you're exploring! But unlike Alex, I'm not sure if you'll find your soulmate in Oregon LOL.

Chadwick, you're gonna be a pro in Portland! I only know of like two places to go in Portland.