Today was the first sunny day this week, so I decided to go out and look around.  First, I stopped by for a haircut from my uncle.  Unfortunately, there was some miscommunication and I now have an asian boy cut.  The front was quite overly straight!  It's better now after I softened up the lines with my trimmer.  Oh well, It wouldn't be cool to go back and tell him to fix it.  Maybe I'll join the trend and shave it all in a few weeks! 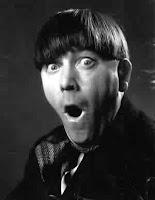 Option Moe? (haha it's not that bad) 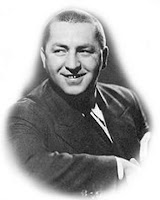 Interesting!  Anyways, I was browsing on Yelp on places to go and I found Hawthorne Boulevard which has been notably described as Portland's Haight St.  Rad.  When I got there, it immediately reminded me of Haight back home.  The tattoo/piercing shops, hippies, hipsters, used clothing stores, and guitar-dude singing about hipsters gave me that same laid back feeling I had walking on Haight.  I hurriedly parked my car (plenty of spaces!) anxious to check out the stores. 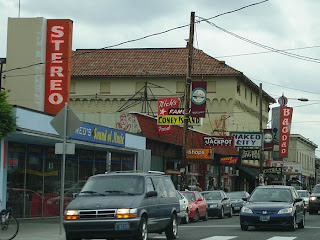 First stop was Powell's Bookstore.  I read on Yelp that it was a pretty famous independent bookstore around here.  It was a lot like Green Apple's plus a cafe on the side.  I almost purchased Catch-22 (I like war and I like satire) to just chill and read in the cafe but it was almost 5 already so damn me for lagging.  I'll be back on another lazy weekend though.  Hmm... reading a book in a cafe, feels kinda like a movie cliche.  Hell whatever it seems like a relaxing time to me! 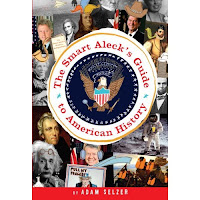 Another book that caught my eye was The Smart Aleck's guide to American History.  I realized that I've been so far out of school now that I barely know anything about US History anymore.  I remember a few months ago, my co-worker/roommate who was born in China was touted how he was more American than us.  He's been to most of the 50 states, knew all the 13 original colonies (when us US-borned couldn't name all of them with our brain powers combined).  Now I know I shouldn't be fazed by this and those things are trivial.  But I don't want to end up like those college students on Jay-Walking... Knowledge is Power!


I sure strayed from the topic.  But anyways the main point of this post is that Hawthorne was like 20% of Haight.  I was dissappointed when I walked 2-3 blocks and the hippy groovyness had already ended!  I just browsed some clothing thrifts (Buffalo, Crossroads), bought a $7 jacket, got a hotdog and got outta there.  There were some highlights to the place though, so it's not like I wouldn't wanna go back.  There are a lot of interesting looking restaurants and unique theaters that I'd definitely want to check out with a companion!  Eating food and watching shows by yourself isn't too fun :P

I think you should try the Curly option this time around!!!

The picture that you posted of Hawthorne actually reminded me of the Mission district moreso than Haight, just because of the colorful signs lol.

time to find a redheaded companion