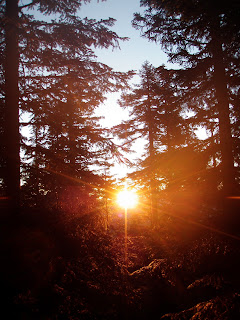 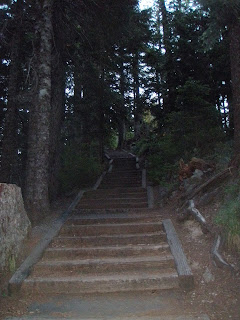 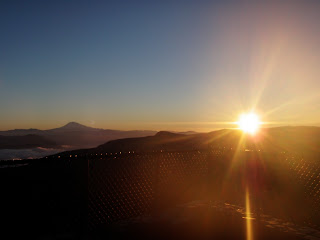 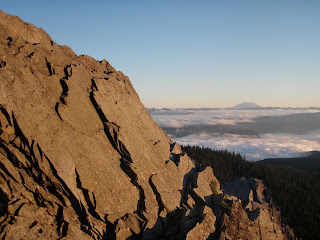 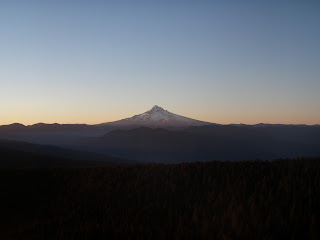 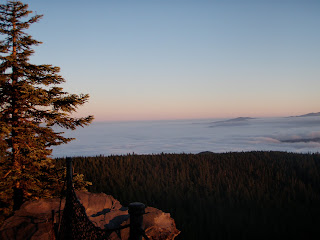 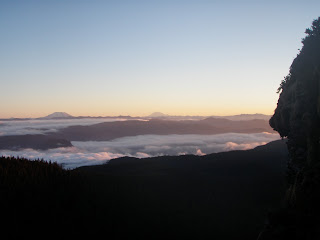 Staring at this kinda trips me out
The trees directly across from the sun provided a cool backdrop.  Yeah, I was alone, my uncle didn't wake up and my brother was passed out in the car.  But it was so awesome up there, even if it was by myself.  The sun was slowly rising, a sea of clouds below you, and five mountains in the distance all around you.  It was peaceful and quiet, I just let my mind go blank for a few minutes.  So relaxing... until the mosquitos found me.  RUN!!!!
Posted by Chun Lick at 1:01 AM

I was about to say so lomantic but no one was there with you. Lomantic nonetheless.

What a gorgeous view. It's not so bad that you went for it alone, because you got to take it all in without any other distraction. =)

The "twisties" comment reminded me of Highway 1 in CA. I don't see how that kind of "twisties" could be fun. Or the twisties going up to Lake Tahoe... IN WINTER? =)

Animating photographs for people to stumble across too early on a Saturday morning before they've had coffee is REALLY TRIPPY! I thought I was seeing things. Cool nonetheless, once I got over the creep factor.

Subscribed to your blog.