On Friday, we went to a $10 Warriors game against the Wizards.  The Wizards aren't great, so I expected and hoped for us to win! But we are way too horrible now.  Free throws, missed shots, and no D were 50% of what caused our loss.  The other 50%?  Hibachi! 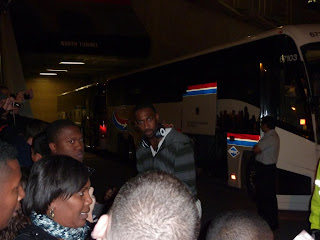 What you lookin at?

Haha, I actually caught him at a candid moment.  He's actually a really nice and cool guy (despite scoring 45 on us.)  Andrew was a huge fan of Gilbert Arenas (AKA Hibachi*) and told us we could get his autograph after the game if we waited next to the buses.  And guess what? he showed up! The bus was waiting for him, but he saw about 30 fans out there and ran over to us, giving autographs to EVERYONE.  He posed for pictures and everything, it was awesome. 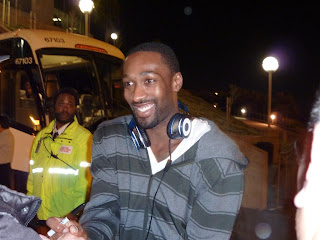 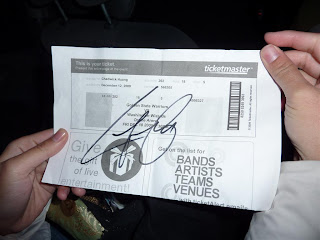 Even stopped to sign our folded up paper ticket haha.  How much is this worth.. $1.50?

No time to punch, eh?

Chad, that's so sad. People go to our games to get autographs from the other team...


WHERE ART THOU CAPTAIN JACK!!!