Just came back from celebrating Brian's bday.  We went out to a place in the sunset called The Garage, a Korean joint with Soju and open till 2 everyday.  It's a great place to hangout with friends or go on a date because its so unique.  It's actually a restaurant converted from a sunset home garage with doorbells at every table to call the waiter.  First time having Soju for me, and it's a pretty good time because everybody doesn't mind drinking it.  Even Andrew drank with us this time, and we were pretty much laughing the whole time at Brian's expense.  (ask him about his dream)   Haha that guy everytime we told him to give a toast, he'd say "i'm sorry"  haha that's not the greatest line to drink to but whatever it was fun.

I also went up to Davis today for an interview so I actually slept before 1AM and woke up before noon!  (doesn't happen much anymore) It felt great though, I actually felt rested and didn't hate myself for waking up at 2 haha.  The interview went pretty smoothly I thought.  I was practicing questions that I made up with Angel these couple of days and they actually asked those questions in the interview!  I hope I get it, it seems like a pretty cool place to work (will not mention it on this public blog).

I kinda like going back to Davis sometimes, it's like nostalgia and its so laid back and chill there.  It was cool because my former roommate and my former coworker was still around so we all went out to eat at Davis Taqueria (steak burrito and carne asada fries NOM).  I didn't even notice until we left, but we were there for 3 hours!!  Never spent 3 hours at a burrito place.  We just had a lot of catching up to do, talking about the layoffs was actually kinda funny looking back now.

50-50
My coworker always brings this up to me now and only because it's embarassing.  Right before we got laid off, he was like.. you know what? We had a nickname for you when you first got hired: 50-50.  Why 50-50 you may ask?  Well when I came in for an interview, I was an idiot and was totally unprepared.  My suit was kinda wrinkled because I didn't have time to dry clean, and I didn't get a haircut because I was scared of the Davis barber shops (the only time i tried it, i came out with a military crew cut -_-).  So I was like what the hell am I going to do with this mess of hair (college hair)?  I didn't want to look like a bum for this interview.  So with the hairgel I had lying around, I messed around and ended up splitting it down the middle.

Apparently he see's me walking around with the hiring manager, and him and his friends start busting up laughing.  And they made a joke about it calling me 50-50 for the longest time.  He also told me he was talking to an assembler that apparently didn't know what "studious" meant.  and he goes: you remember that guy in the suit with the 50-50 split? thats what studious means.  haha god damn so embarassing.  what a way to make a 1st impression right? oh well at least it got me the job. 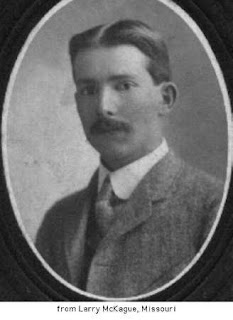 AHAHAHAHA split hair is so geeky! maybe it got you the job though, because you looked un-threatening and "studious" LOL

im glad the interview went smoothly! hope you get it *crosses fingers*