Sitting in a library, I get a text to update this thang.  This'll be a good change from writing cover letters all day.  To my readers: "Thank you for your time and consideration, I hope to speak with you soon."

It's been sick living in Portland being only 1.5 hours away from the slopes.  I feel like going every weekend, and this $99 season night pass is letting me do it.  If only I had the money for snow tires.  And if only gas prices hadn't hit 4 bucks.

I'm working on my speed now and going down steeper slopes, but it's hard when you got the fear!  The last time I went, I caught an edge going so fast I swear I flipped over twice.  But good thing I haven't been doing the "split the sphincter" fall lately.  That is an ungodly hell of pain that can't be explained.  Anyways, to psyche myself up for my snow trips, I've been watching Terje Haakonsen ChuckJesusNorris abusing (sexually) the steepest snow slopes I've seen a human ever attempt. 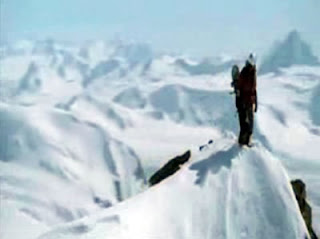 Sadly, the video is so epic I can't embed it: http://www.youtube.com/watch?v=akmC6hIC8zE

The dude is a legend, I don't know of anybody with bigger, brasser, bronzer, balls than he does.  The first part is nearly freefall!  and on the rest of the face of the mountain, he's just chillin, doin jumps like it's nothing.  Just watch the video.
Posted by Chun Lick at 4:08 PM

Damn that reminds me, I haven't even gone once this season... F.